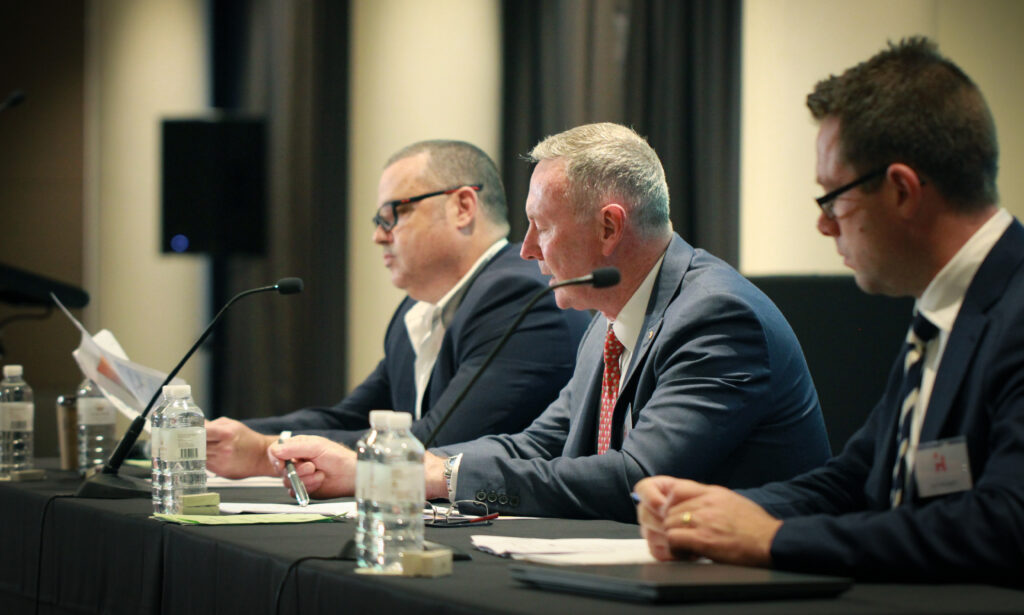 Having invested almost $5 million in R&D last financial year, Perth start-up Harvest Technology Group (ASX:HTG) (Harvest, Company) announced at its Annual General Meeting (AGM) that it is ahead of schedule in the development of its next product, a cloud-based platform, code-named “NS2”.

Group Chief Executive Officer Paul Guilfoyle said NS2 represents an evolution of Harvest’s proprietary Nodestream™ protocol, which he describes as the “engine” of their technology.

“Nodestream™ delivers a range of hard and software interface options to transfer data from point-to-point and point-to-web – for instance, from a vessel in remote waters to an operations centre in a capital city – the next evolution will elevate the technology to the cloud, offering users a significantly more versatile ecosystem in which to collaborate,” Paul said.

“At the application level, users will be able to login anywhere, on any device, at any time, and participate in workflows previously restricted to centralised operations centres. This delivers increased operational efficiency, faster response times and further carbon footprint reductions.”

The technology will enter the beta phase during the first half of 2023 as part of the product’s go-to-market process.

“Essentially, NS2 will incorporate our Nodestream™ engine within an ecosystem delivering synchronous data, audio, voice and video anywhere and anytime while combining all the capabilities available in cloud environments, such as artificial intelligence and scalable data storage,” Paul said.

“With BYOD (bring your own device) becoming increasingly popular among today’s workforce, devices enabled with NS2 ensures users can connect from home or anywhere else in the world via a laptop or personal device regardless of location.

“By combining communications channels, such as voice, video, and chat, NS2 offers a unifying solution that will revolutionise the future of the remote business landscape, solving problems we didn’t previously conceive to be solvable.”

NS2 technology is the only of its kind in the world and has the capacity to amalgamate with dominant multi-site corporate platforms including Microsoft Teams, WebEx by Cisco, and Zoom.

“In suburbs and cities, we take it for granted that we can easily connect with colleagues and run multiple applications from handheld devices or laptops, but it becomes challenging when you’re sailing remote waters, subsea, in the sky or out in the desert, not to mention outages due to climate crises, energy issues or geopolitical conflict,” Paul said.

The fact that NS2 is ahead of schedule is testament to the ingenuity of its micro-but-mighty Perth-based innovation team, consisting of fewer than 20 in-house developers and engineers. As well as the almost $5 million invested in R&D, Harvest also spent $1 million purpose-building its innovation hub in Perth’s Technology Park.

In addition to providing true situational awareness, the technology also has the capability to work with artificial intelligence that can trigger safety alerts and notifications, as well as connect to wearable devices to enable subject matter experts to provide immediate guidance and make real-time operation-critical decisions without requiring personnel to travel to remote regions.

“This will prevent expensive stoppages or delays to work schedules. For instance with marine vessels, delays have the potential to cost upwards of $250,000 per day,” Paul said.

“As well as introducing operational efficiencies, with no need to fly in subject matter experts to solve or manage problems, NS2 plays a large part in reducing carbon footprint, as well as resourcing, diversity and wellbeing benefits due to the limited need for travel to remote areas. This will see more parents or those with disabilities able to participate in their chosen professions.”

The current Infinity core product suite is in use with various customers across multiple sectors, including maritime, energy, mining, and defence, and promoted and resold through several partners, including Inmarsat, Speedcast and Marlink, some of the world’s largest satellite companies.

We use cookies on our website to give you the most relevant experience by remembering your preferences and repeat visits. By clicking “Accept All”, you consent to the use of ALL the cookies. However, you may visit "Cookie Settings" to provide a controlled consent.
Cookie SettingsAccept All
Manage consent

This website uses cookies to improve your experience while you navigate through the website. Out of these, the cookies that are categorized as necessary are stored on your browser as they are essential for the working of basic functionalities of the website. We also use third-party cookies that help us analyze and understand how you use this website. These cookies will be stored in your browser only with your consent. You also have the option to opt-out of these cookies. But opting out of some of these cookies may affect your browsing experience.
Necessary Always Enabled
Necessary cookies are absolutely essential for the website to function properly. These cookies ensure basic functionalities and security features of the website, anonymously.
Functional
Functional cookies help to perform certain functionalities like sharing the content of the website on social media platforms, collect feedbacks, and other third-party features.
Performance
Performance cookies are used to understand and analyze the key performance indexes of the website which helps in delivering a better user experience for the visitors.
Analytics
Analytical cookies are used to understand how visitors interact with the website. These cookies help provide information on metrics the number of visitors, bounce rate, traffic source, etc.
Advertisement
Advertisement cookies are used to provide visitors with relevant ads and marketing campaigns. These cookies track visitors across websites and collect information to provide customized ads.
Others
Other uncategorized cookies are those that are being analyzed and have not been classified into a category as yet.
SAVE & ACCEPT